The Eternal Hunt :: The World :: City of Jadai

Upon actually leaving the Empire, Wilfried had changed his mind, instead bringing only fifty soldiers with him. It wasn't that he didn't want the extra fifty; however, he'd decided he'd call for the other hundred in waves, once more and more information was had. There was a limit to how many he could fit on a ship, and the though he could have brought the full one hundred and fifty, he'd have had to bring one of the much larger ships to do so; something that'd be much more intimidating than what he'd be intending on doing.

The crew arrived at the port, Wilfried handling the regulations and inspection with some of his other crew. He could tell the man was weary around the Kirin empire. Around him. Still, Wilfried did his best to come off as friendly. After all, it was made a point in the meeting to aim to conquor the land not with military might, but by discrediting the Viribus church. The people would choose the Kirin Empire instead. If the church retaliated, then it was just another win for the Empire.

With inspection of the cargo set up, the crew was good to go. And thus...

"Margret!" Wilfried called out. "Come with me. The rest of you ready the cargo so that it can be delivered!"

The maid/bodyguard of the Emperor had been diligently at Wilfried's side, as per her order. Her surroundings did not matter to her, neither the soldiers that were with them, the ship crew that did not look pleased at having their presence, not even the beautiful weather. Her attention was solely on the knight that had the authority to command the self proclaimed most powerful force in the Empire. The command to follow him wasn't even needed as Margaret was right beside him every step of the way, a serene smile hiding the lust for battle glory that lurked within her soul. 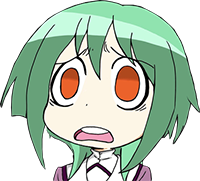 "You and I are going to secure our foot hold. We'll start by finding some land away from the general populace in the woods," Wilfried began. "Notably, where we are likely to draw the attention of these supposed monsters who are abducting others."

As Wilfried began to explain, he marched with purpose out of the city limits. "With you, the transport of materials will be easy enough once we have a sufficient camp set up. I'd like to stake out the wilderness for our camp. It'll allow us to remain out of the eye of the church. Information is power, and the Church likely controls everything in the city due to their influence. If they find out what we're up to, things may become more... complicated," the Commander began to say, in a hush tone once out of the busy streets.

"Our job is to make things as uncomplicated as possible so that we can take over." Wilfried explained this not because he didn't think Margret understood it, but because he didn't know if she cared enough. There was only so much he could do with one who was not a direct subordinate. Margret had been tame thus far, but he knew the woman had a yearning to showcase her superiority in combat compared others. Indeed, even Wilfried would struggle against her if they were to fight.

However, at the end of the day, Wilfried was the one in charge. An army ran on a hierarchy, and as the commander of this mission, Wilfried held the power. He would not tolerate disobedience on a mission like this. "If we are attacked, I ask you play a supporting role. I ask this only because I know you do not hold back, and we'd be wise to minimize collateral damage."

"Now, with all that said..." Wilfried said as the two arrived at the entrance to a heavily forested area. "Let's begin scouting."

The smile on Margaret's face never moved as she listened to Wilfried's little speech and order for her. So she was suppose to he put as simply support since he didn't want her causing too much of a scene. The maid couldn't really blame him when he was right. Holding back was not something Margaret planned to do on purpose. At the commence of their scouting, Margaret decided to humor the knight and tried to observe their surrounding. This wasn't her forte though, so she didn't put too much effort, commenting only when she did notice something for Wilfried to take in consideration during their search for a good spot to camp their position in this land.

The Eternal Hunt :: The World :: City of Jadai